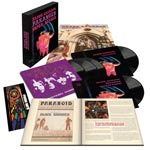 Super Deluxe - 50th Anniversary Edition<br/><br/>PARANOID: SUPER DELUXE EDITION includes the original album, in addition to a rare 1974 Quad Mix of the album folded down to stereo, plus two concerts from 1970, from Montreux and Brussels, that are pressed on vinyl for the first time. The five-LP set comes with a hardbound book with extensive liner notes featuring interviews with all four band members, rare photos, and memorabilia, a poster, as well as a replica of the tour book sold during the Paranoid tour. <br/><br/>After the success of the band's self-titled debut in early 1970, Ozzy Osbourne, Tony Iommi, Geezer Butler, and Bill Ward returned that fall with Paranoid. The record became the band's first album to top the U.K. charts and has sold more than 4 million copies in the U.S. alone. Today, songs like "War Pigs," "Planet Caravan," "Iron Man," and of course, "Paranoid," continue to inspire a new generation of musicians around the world.<br/><br/>PARANOID: SUPER DELUXE EDITION first two LPs feature the original album plus a Quadraphonic Mix of the album. Originally released on vinyl and 8-track cartridge in 1974, but subsequently long out of print, the Quad Mix has now been made available as a fold-down to stereo mix on vinyl for this set. <br/><br/>The collection's final three LPs mark the official vinyl debut of two 1970 live performances. The first was recorded on August 31 in Montreux, Switzerland shortly before the release of Paranoid. It captures the band, already a tight musical unit, thundering through new songs like "Hand Of Doom" and "Iron Man" while mixing in "N.I.B." and "Behind The Wall Of Sleep" from their debut album. The second concert was recorded a few months later in Brussels during the band's performance for Belgian television. Unofficial versions of this classic show have circulated in the past, but they've never sounded this good. 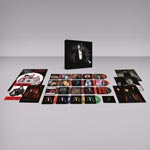 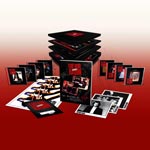 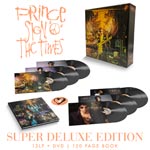 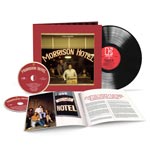 This is a very special collector's edition of Morrison Hotel. In addition to the newly-remastered original album by Bruce Botnick, this 50th anniversary deluxe edition features, 70+ minutes of never-before-heard outtakes, including the long-lost studio version of "I Will Never Be Untrue", rare early takes of "Peace Frog/Blue Sunday" and rare studio outtakes of "Queen of the Highway" and "Roadhouse Blues". 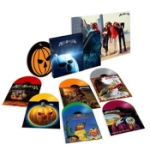 A deluxe, limited edition boxset containing all the bands Noise recordings, from the long out of print EP's 'Helloween' & 'Judas', through their debut album 'Walls Of Jericho' to the masterpieces, 'Keeper Of The Seven Keys parts 1 & 2' and a new, revised version of 'The Best, The Rest, The Rare' that covers all the obscure and rare tracks from the Noise catalogue. <br/>Three of these titles have long been out of print on vinyl and all of them are now on colour vinyl for the first time. The box set also includes a special pumpkin logo slipmat and a two sided poster featuring the band's classic line-up and the box set artwork. 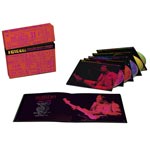 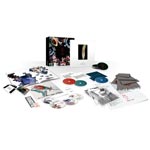 Deluxe Box: 4 exclusive hand-pressed color LP's, BluRay, 2 CD's.<br/><br/>Metallica and San Francisco Symphony's September 6 & 8, 2019 S&M2 concerts were historic on multiple levels: They served as the grand opening of San Francisco's Chase Center, reunited the band and Symphony for the first time since the 1999 performances captured on the Grammy-winning S&M album, and featured the first-ever symphonic renditions of songs written and released since those original S&M shows.<br/><br/>The sold out shows were rapturously received by the 40,000 fans who traveled from nearly 70 countries, as well as the media: Rolling Stone raved "the group proved that anything was possible," Variety noted an atmosphere "buzzing with excitement," while the Mercury News witnessed "a concert that fans will be talking about for decades to come," and Consequence of Sound hailed "a true celebration of Metallica and their musical prowess." <br/><br/>S&M2 is a landmark release in the Metallica catalogue, both sonically and visually. Produced by Greg Fidelman with James Hetfield and Lars Ulrich, the S&M2 live album captures more than two and a half hours of James, Lars, Kirk Hammett and Robert Trujillo joining forces with the nearly 80-strong SF Symphony, legendary Musical Director of the orchestra Michael Tilson Thomas, and conductor Edwin Outwater. The concert film is a brand-new edit done by Joe Hutching (Through The Never) and both the audio and visuals have been taken to the next level from the October 2019 theatrical version that played in over 3,700 cinemas worldwide.