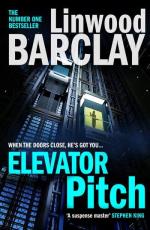 Paul Davis forgets things. Why he walked into a room. Who he spoke to, and what they said. What he promised his wife he'd do. Sometimes it's too much, and the panic takes hold.

Eight months ago, Paul was attacked - left for dead after seeing something he shouldn't have - and has been piecing his life back together ever since.

During the days, therapy helps. But at night, he hears noises that no one else can. That nobody believes. Sometimes he thinks someone is in the house. Other times, the sounds are far stranger. Either he's losing his mind - or someone wants him to think he is. Or maybe something even darker is waiting downstairs . . .