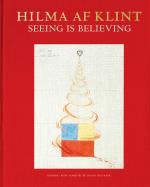 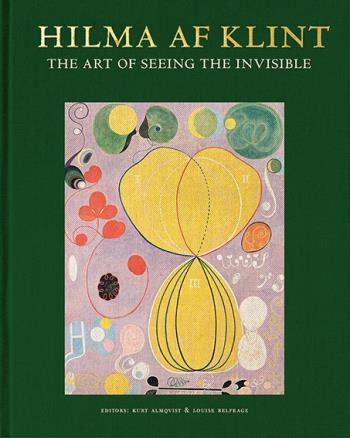 Hilma Af Klint - The Art Of Seeing The Invisible (Bok)

In this exhaustive book on Hilma af Klint published to date, twenty specialists in Modern Art, Art History, the History of Ideas and Religious Studies use their expertise to explore af Klint s unique artistry. The topics range from early Abstract Art and the impact of Darwin and Goethe s Colour Theory, to the importance of occult religious movements such as Theosophy and Anthroposophy which influenced the early modernists. Some of Hilma af Klint s own diary notes and research are also included.
The book is based on a seminar held in conjunction with the extremely successful exhibition Hilma af Klint A Pioneer of Abstraction in 2013 at Moderna Museet in Stockholm. The book has an epilogue by Daniel Birnbaum.
This is a new edition that includes a recent essay by Kurt Almqvist, Hilma af Klint s Secret Teachings, Message and Philosophy , based on previously unpublished material. It investigates parts of Hilma af Klint s story that have not been looked at before: the background of her teachings and philosophy; the developments after her death in 1944 up until the formation of The Hilma af Klint Foundation in 1972; and the only heir to her works: the anthropologist Vice-Admiral Erik af Klint (1901 1981), the Foundation s founder and only donor.