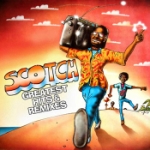 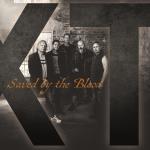 Saved by the blood

Selections from the vault

Bomb the Bass' second album Unknown Territory was a venture into the progressive dance music. "Winter in July" was the album's single hit, peaking at number 7 in the UK charts. The midtempo hip-hop was later being dubbed as trip-hop. Music writer Simon Reynolds searched for a way to "combine the art of sampling with the energy of rock and roll." This combination worked out pretty well and the ten songs shows how they developed to a band who integrated different aspects from electronic music in their hip-hop sounds.

Bomb The Bass were one of the first acts to bring sample-based music and scratching to a mainstream audience.

The package includes a mini poster.

A rainbow at the edge of the shadow
Vinyl LP

Saved by the blood
Vinyl LP

Selections from the vault
Vinyl LP