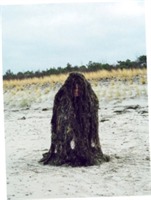 Thomas Bratzke s Zasd -tags has been showing up in Berlin since 1991 and in the late 1990 s he became a significant figure of the infamous graffiti style-writing scene in Berlin one of the most fast-forward and innovative european graffiti scenes. In 1999 it was time for Zasd to review lettering and styles from scratch, using all kinds of materials and medias to create three-dimensional Zasd-pieces. As a part of the Berlin-based collective jazzstylecorner, Bratzke has expanded his practice to incorporate collaboration and improvisation, central tenets of the graffiti world, with more atypical ingredients such as jazz music, 3-D projection, kinetic sculpture, and digital media. His performances, sculptures, installations, and interventions transcend the genre of graffiti. He deconstructs and recon- structs the quotidian, from commonplace objects to the fabric of the city, and even engages with social systems and structures, to create a new, more vibrant and interactive reality for his audience. The book Knowing ZASD by his Walk consists of three parts. The first part offers a wide range of photos from different projects by Bratzke. Here, a lot of his performative manipulations of architectural spaces can be found, often referring to the practice of style-writing: The arrow as a prominent element in style-writing is visible in projects like Arrow Pieces . The second part introduces the novel The House of Thomas Bratzke written by US author Rose Pacult: A journalist gets trapped in a house which reacts upon thoughts and move- ments. The protagonist, who wanted to meet Thomas Bratzke for an interview, now finds herself alone in his house, digging through Bratzke s countless crates, documents and writings in all the different rooms. She needs to reveal the secrets of this house in order to find her way out back into the city. In the third part, for the first time, all works by Thomas Bratzke are collected in a thematic and chronologic order.