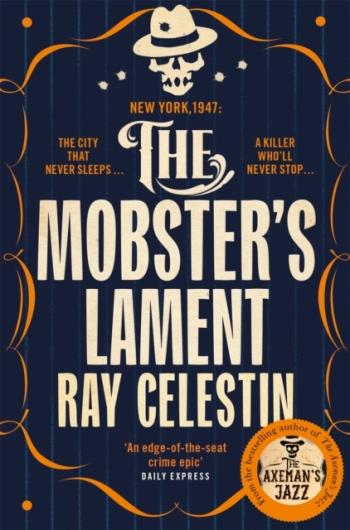 New York, 1947. Mob fixer Gabriel Leveson's plans to flee the city are put on hold when he is tasked with tracking down stolen mob money by 'the boss of all bosses', Frank Costello. But while he's busy looking, he doesn't notice who's watching him . . .

Meanwhile, Private Investigator Ida Young and her old partner, Michael Talbot, must prove the innocence of Talbot's son Tom, who has been accused of the brutal murders of four people in a Harlem flophouse. With all the evidence pointing towards him, their only chance of exoneration is to find the killer themselves.

Whilst across town, Ida's childhood friend, Louis Armstrong, is on the brink of bankruptcy, when a promoter approaches him with a strange offer to reignite his career . . .

Both a gripping neo-noir crime novel and a vivid, panoramic portrait of New York, The Mobster's Lament takes you to the heart of a city where the Mob has risen to the height of its powers . . .