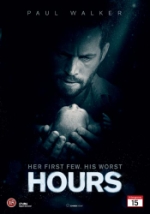 GET READY FOR THE MOST EXCITING COUNT-DOWN OF YOUR LIFE HOUR # SIXTY-ONE Icy winter in South Dakota. A bus skids and crashes in a gathering storm. On the back seat: Jack Reacher, hitching a ride to nowhere. A life without baggage has many advantages. And disadvantages too, like facing the arctic cold without a coat. HOUR # THIRTY-ONE A small town is threatened by sinister forces. One brave woman is standing up for justice.If shes going to live to testify, shell need help from a man like Reacher.Because theres a killercoming for her. HOUR # ZERO Has Reacher finally met his match? He doesn't want to put the world to rights. He just doesnt like people who put it to wrongs.

Worth Dying For
Bok