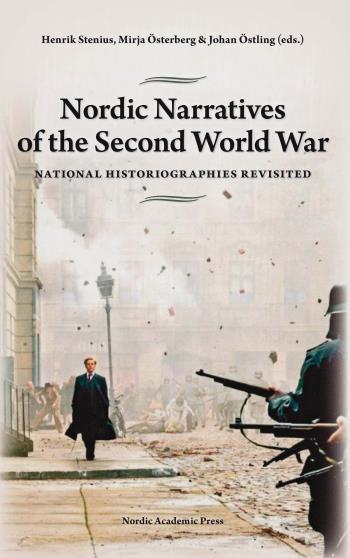 »Nordic Narratives of the Second World War is a solid starting point for those outside the Scandinavian field looking to include Nordic perspectives on World War II, national narratives, and memory construction. The book raises larger questions about nation-states and twentieth-century national myths, and individual essays to varying degrees seek to push historical interpretations to larger questions of the role of national histories in current historical writing. Given the ongoing concerns about the threat to professional historians' authority in an age when access to archival and historical texts is expanding with digitization and Internet access, readers may find the underlying question of who has the authority to present and interpret the past as another way to engage with this text.« H-Net, Humanities & Social Sciences Online

How have the dramatic events of the Second World War been viewed in the Nordic countries? In Nordic Narratives of the Second World War, leading Nordic historians analyse post-war memory and historiography. They explore the relationship between scholarly and public understandings of the war. How have national interpretations been shaped by official security-policy doctrines? And in what way has the end of the Cold War affected the Nordic narratives?

The authors not only present the overarching themes that set the Nordic experience of the Second World War apart from other European narratives, but also describe the distinctive postwar characteristics of Denmark, Norway, Finland, Iceland, and Sweden. Key concepts such as national identity, memory culture, and the moral turn are placed in their Nordic context.

Bringing new nuance to the post-war history of Europe, this is the first work to focus on Nordic narratives of the war, and is valuable reading for students, academics, and all who have an interest in the historiography of the Second World War or modern European history.