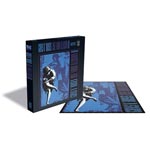 Use your illusion II Puzzle
199:-
Lägg i kundkorg 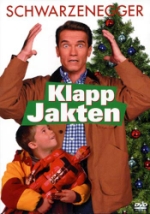 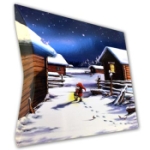 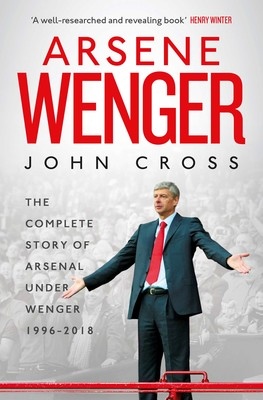 When Arsene Wenger arrived at Arsenal in 1996, he was little known to fans at the club and many doubted he could bring back the glory days of George Graham. But soon he was transforming the way the team played, melding the famous English defensive spine of Tony Adams, Martin Keown, Lee Dixon, Nigel Winterburn and David Seaman with a hugely creative foreign attacking spirit, epitomised by Dennis Bergkamp, Thierry Henryand Robert Pires, that could both outplay and outmuscle their rivals. At the same time, he introduced new ideas on diet, exercise, training and tactics, which many players believe extended their careers.

Having won numerous trophies, and led the Invincibles to an unprecedented unbeaten league season in 2003-04, Wenger then had to help the Gunners through the next stage of their development when they moved from Highbury to the Emirates Stadium, a move that was followed by a nine-year trophy drought. Despite the financial constraints he faced, he still managed to keep the club playing in the Champions League year after year while remaining true to his philosophy of how the game should be played. Some began to question whether he had been left behind, despite picking up back-to-back FA Cups in 2014 and 2015, and in the end in April 2018 he decided the time was right to step away.

Now, in this updated edition of John Cross's acclaimed biography, the author provides a compelling account of the man and his methods across 22 years in charge. He assesses the scale of Wenger's achievements and whether the criticism he faced towards the end was justified. Arsene Wenger builds into the most complete portrait of the Frenchman yet written.

Use your illusion II Puzzle