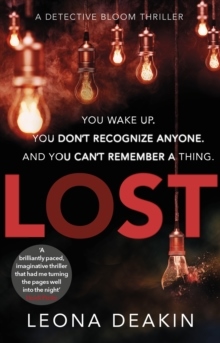 There is an explosion at a military ball. The casualties are rushed to hospital in eight ambulances, but only seven vehicles arrive. Captain Harry Peterson is missing. His girlfriend calls upon her old friend Dr Augusta Bloom to support the investigation. But no one can work out if there is a connection between the bomb and the disappearance. When Harry is eventually discovered three days later, they hope he holds the answers to their questions.