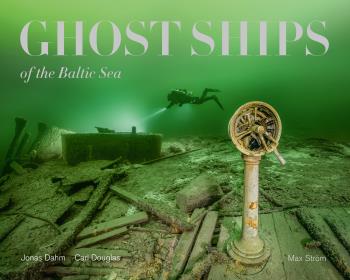 This magnificent large-format illustrated book takes you down to the most spectacular wrecks in the Baltic Sea. This unique sea holds close toere are nearly 100,000 wrecks on the seabed here - many of them in surprisingly well keptgood condition. The unique qualities of the Baltic, with its cold water and the historic lack of shipworms, has help to preserved the shipwrecks better than anywhere else in the world - thus. This makes the Baltic Sea provides an enthralling irresistible treasure chest trove for divers. There are warships dating from the 17th century, magnificent wooden ships from the 18th century, cargo ships from the 19th century and warships from the Second World War.

These amazing images of the ghost ships of the Baltic have attracted global attention. This is the first time they have been reproduced in a large format. and appear in this book reproduced really large for the first time.

Shipwreck - The Gibsons Of Scilly
Bok

Skeppsbrott - The Gibsons Of Scilly
Bok