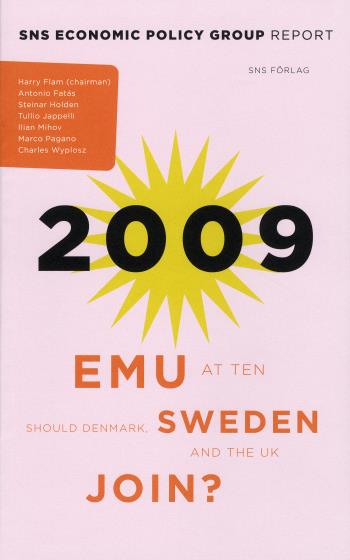 Emu At Ten - Should Denmark, Sweden And The Uk Join? (Bok)

Ten years have passed since the start of the monetary union. The 2009 report of the Economic Policy Group analyses the economic record of the countries that joined at the start and how it has been affected by the common currency and common monetary policy. The areas covered are monetary policy, fiscal policy, financial integration, foreign trade and foreign direct investment. Denmark, Sweden and the UK have chosen not to join the monetary union. The report also compares their economic record to that of the euro countries, and assesses if the record would have been different had the three outsiders joined the monetary union from the start. The authors are professors Harry Flam (chairman), Antonio Fatás, Steinar Holden, Tullio Jappelli, Ilian Mihov, Marco Pagano and Charles Wyplosz.