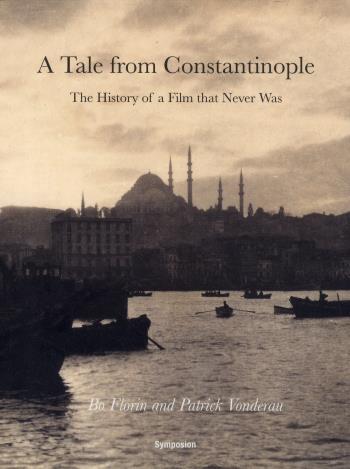 "There are certainly enough ingredients to fire imagination: a director [Mauritz Stiller] who had just finished a masterpiece [Gösta Berlings Saga]; a leading lady, the directors protégée, becoming known through his film [Greta Garbo]; a Russian exile with an extraordinary true story to tell [Vladimir Semitjov]; a film company with a spectacular big budget production in Egypt on its track record [Trianon Film AG]; an extravagant hotel in Constantinople, in a setting bridging East and West, poverty and luxury, set against the background of the recent Russian revolution; a heated quarrel on intellectual property rights; a film crew in distress, left by their director on Christmas Eve as luck had turned; The End."

No film, but a rediscovered manuscript A Tale from Constantinople written by Mauritz Stiller and Ragnar Hyltén-Cavallius, here published for the first time with an introduction and two contextualising essays.