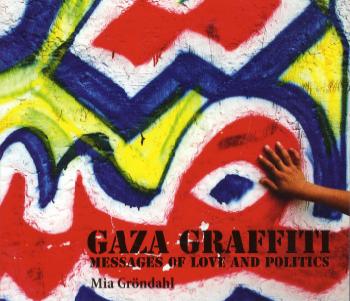 Gaza is gray, poor, overpopulated by refugees, and has become known as a powder keg in the Israeli-Palestinian conflict. We rarely receive any other reports from this tormented desert strip. But many aspects of everyday life in Gaza, less familiar to the rest of the world, are worth discovering. The unique graffiti of the area is one example. Gaza graffiti started in 1987, during the first uprising - or Intifada - against Israeli occupation. At the time, there lacked Palestinian TV, radio broadcasting, and newspapers on the Gaza strip, and the messages that spread along the walls became an important means of communication. All political groups in Gaza - Fatah and Hamas being the dominant ones - have their own graffiti artists. Scrawl is not tolerated - it has to look classy. As a consequence, Hamas even offers evening classes in graffiti. Gaza Graffiti tells us about the many roles of graffiti in Gaza. Apart from political slogans, the walls bear witness to the joy and sadness of Gaza, the wedding ribbons being tied between young people, the many victims of the conflict, and the ever present hope of peace and freedom. For us on the outside, the graffiti offers an exciting and unexpected view of life in Gaza. ABOUT THE AUTHOR Journalist and photographer Mia Gröndahl became fascinated by the colorful graffiti of Gaza early on. But initially she only took occasional pictures; it didnt feel right to spend her time shooting graffiti in an area with such urgent problems. Eventually, though, Mia Gröndahl could no longer resist the call from the walls: Look at us! Read our messages! Gröndahl has now documented graffiti in Gaza for more than seven years. That's what makes this book a totally unique document: no photographer before her has read and captured the messages of the walls continuously for such a long period of time. Mia Gröndahl was born in 1951 and lives in Cairo and Österlen (southern Sweden). Apart from writing books, she works as a journalist, photographer and instructor in photojournalism. Earlier books by Mia Gröndahl include The Dream of Jerusalem: Lewis Larsson and the American Colony Photographers and In Hope and Despair: Life in the Palestinian Refugee Camps.