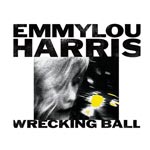 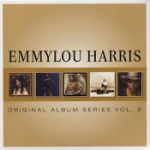 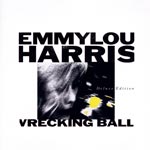 Produced by Daniel Lanois (U2, Bob Dylan, Neil Young, Willie Nelson), Wrecking Ball won the 1996 Grammy Award for Best Contemporary Folk Album. Marking the beginning of a distinctive new chapter in Harris' career, the album was highly praised by critics worldwide and is considered one of the highpoints in her celebrated 40-year discography.

It is worth noting that while Wrecking Ball was originally released by Elektra in North America in 1995, it was released internationally by a now defunct independent label, which means the original album release has been unavailable internationally for over a decade.

The reissue's physical configuration is 2 CDs + 1 DVD:
Original album (remastered).
Bonus CD of previously unreleased material.
DVD of the documentary 'Building the Wrecking Ball', including interviews and studio footage of Harris and Lanois as well as special guests Kate and Anna McGarrigle, Neil Young, Steve Earle, Brian Blade, and others.

'The most daring, inventive album of Harris's career.' - Uncut

'A deeply addictive record that sounds like a window on Harris's soul.' - Mojo 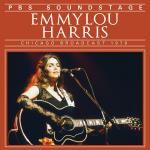 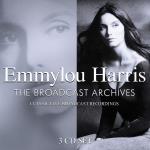 Roses In The Snow
Vinyl LP