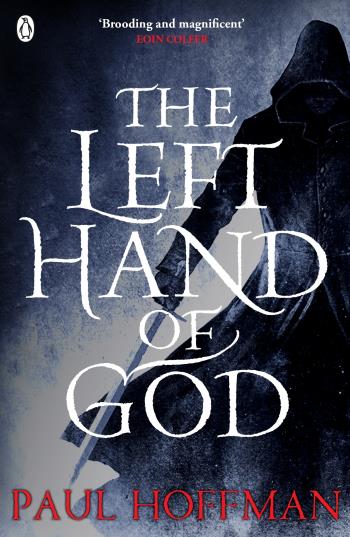 The Left Hand Of God (Bok)

Listen. The Sanctuary of the Redeemers is named after a damned lie for there is no redemption that goes on there and less sanctuary.
The Sanctuary of the Redeemers: vast, desolate, hopeless. Where children endure brutal cruelty and violence in the name of the One True Faith.
Lost in the Sanctuarys huge maze of corridors is a boy: his age uncertain, his real name unknown. They call him Cale. He is strange and secretive, witty and charming and violent. But when he opens the wrong door at the
wrong time he witnesses an act so horrible he must flee, or die.
The Redeemers will go to any lengths to get Cale back.
Not because of the secret he has discovered. But because of a more terrifying secret that lies undiscovered in himself.

The Beating Of His Wings
Bok