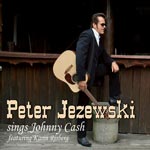 The second thrilling instalment in the bestselling epic fantasy series, the Empire of Salt. 'Must read now! Iggulden is clearly having fun pitching his heroes and villains into bloody combat' SciFiNow TWO ANCIENT CITIES. ONE FINAL WAR.

In Shiang, the young king rules without dissent. Swordsmen stand watch on every corner, looking for the first sign of rebellion. Yet in one swift move, order is overturned. The balance of centuries is undone in the sudden spill of blood - and in the darkness, something terrible returns to Shiang . . .

Far to the west, four Shiang masters approach the city walls of Darien. The sword saint and his companions have crossed a continent to bring an old man home for punishment. And they will not be denied, even if the whole city stands in their way .