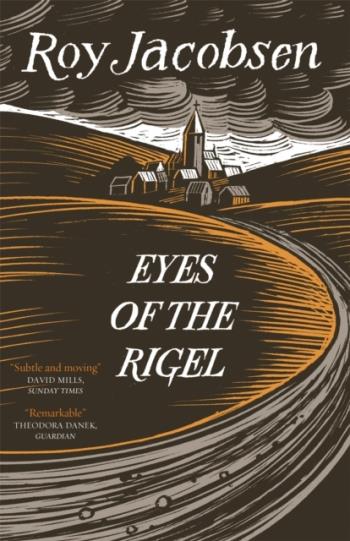 Eyes Of The Rigel (Bok)

The third novel in a historical trilogy that began with the International Booker shortlisted The UnseenThe journey had taken on its own momentum, it had become an autonomous, independent entity, she was searching for love, and was still happily unaware that truth is the first casualty of peace. The long war is over, and Ingrid Barroy leaves the island that bears her name to search for the father of her child. Alexander, the Russian captive who survived the sinking of prisoner ship the Rigel and found himself in Ingrid's arms, made an attempt to cross the mountains to Sweden.

Ingrid will follow in his footsteps, carrying her babe in arms, the child's dark eyes the only proof that she ever knew him. Along the way, Ingrid's will encounter collaborators, partisans, refugees, deserters, slaves and sinners, in a country that still bears the scars of defeat and occupation. And before her journey's end she will be forced to ask herself how well she knows the man she is risking everything to find.

Translated from the Norwegian by Don Bartlett and Don ShawReviews for The Unseen"Even by his high standards, his magnificent new novel The Unseen is Jacobsen's finest to date, as blunt as it is subtle and is easily among the best books I have ever read" Eileen Battersby, Irish Times"A beautifully crafted novel . . . Quite simply a brilliant piece of work . . . Rendered beautifully into English by Don Bartlett and Don Shaw, The Unseen is a towering achievement that would be a deserved Booker International winner" Charlie Connelly, New European.

"A profound interrogation of freedom and fate, as well as a fascinating portrait of a vanished time, written in prose as clear and washed clean as the world after a storm" Justine Jordan, Guardian"The subtle translation, with its invented dialect, conveys a timeless, provincial voice . . . The Unseen is a blunt, brilliant book" Tom Graham, Financial Times.