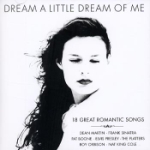 Dream A Little Dream Of Me

Europe Live was recorded in venues across Johnson's tour of the continent, with the majority of the album capturing his appearance at Amsterdam's Melkweg along with selections from two dates in Germany at Die Kantine in Köln and Bochum Zeche and the Paris show at New Morning. Each appearance featured a unique set list, offering Johnson the opportunity to cull this track listing from a wealth of repertoire captured.

The in-concert collection's 14 tracks draw from throughout Johnson's career and include two new compositions: The mesmeric "Intro" that opens the set, and the rollicking rocker "Evinrude Fever" (that alludes to his love for water skiing and boating). His Grammy-winning instrumental "Cliffs of Dover" and Grammy nominated "Zap" are performed with fresh and vigorous energy, and he shows his ever-deepening skills as a singer on such numbers as his soaring, blues-tinged salute to his hometown, "Austin," and the airy and glistening "40 Mile Town."

Johnson's lifelong love of jazz and more recent forays into playing it emerges on his stunning nine-and-a-half minute interpretation of John Coltrane's "Mr. P.C." on which bassist Chris Maresh and drummer Wayne Salzmann also step out with power. The song selection ranges from an acoustic guitar rendition of "A Song For Life" which he initially cut on his debut studio album to the ferociously funky "Fatdaddy" from his most recent release, Up Close. Johnson celebrates his side-project Alien Love Child with the hard-driving rock workout "Zenland," and the eleven-and-a-half minute multimodal suite "Last House On The Block." Originally released in 1996, the fan favorite "Manhattan" shines, while a gloriously cinematic rearrangement of "When the Sun Meets the Sky," titled "Sun Reprise" closes the set. 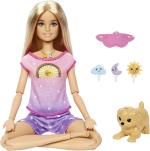 Up Close - Another Look
Vinyl LP