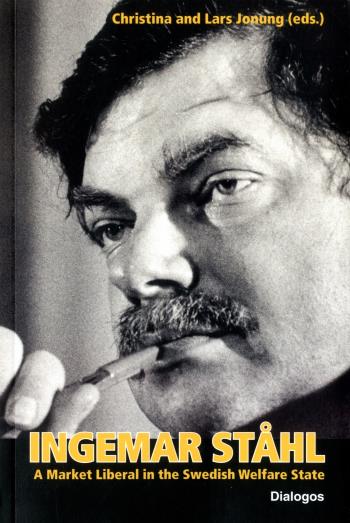 Ingemar Ståhl was a creative, highly productive professor of economics at the University of Lund between 1971 and 2005.

For many decades, he was a well-known economist in Sweden. He introduced new perspectives into research, teaching and public debate. Almost all his work dealt with various aspects of the public sector. He made his presence felt in areas as diverse as defense economics, rent controls, index-linked loans, higher education, energy policy, social security, industrial policy, taxation, wage earner funds, and healthcare economics. His best-known contribution to economic policy was his design of the successful system of student finance in the early 1960s which is still in operation in Sweden.

In his active years, he was the foremost expert on the Swedish mixed economy.

Ståhl was fascinated by the rapid growth of the public sector in the 1970s and 1980s. In numerous publications, he analyzed the forces behind the expansion of the welfare state. He was convinced that the welfare state had reached its limits in the sense that the burden of taxation required to maintain it was too high. He suggested measures to strike a new balance between the private and the public sector, by allowing more room for market solutions and individual choice.

Ståhl was a pioneer in the sense that he introduced the work of American economists on public choice, property rights and contracts in Sweden by applying this approach to the analysis of the Swedish economy. Eventually, he became a strong advocate of a market liberal view. Through his work, he contributed significantly to the shift during the last quarter of the twentieth century in Sweden away from the interventionist approach of the Social Democratic Party towards market-oriented solutions.

This book presents Ingemar Ståhl to an international audience. It offers a portrait of his life as an economist as well as providing through six of his papers a flavor of his wide interests.

Christina and Lars Jonung, the editors of the book, were active at the Department of Economics at the University of Lund when Ingemar Ståhl was professor.