Riding with the king (Ltd)

Riding With The King - Live 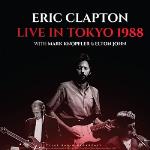 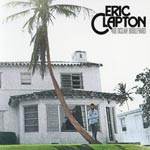 King B B & Eric Clapton

Riding With The King (2 Vinyl LP)

In the Yardbirds, Cream, Blind Faith, and Derek and the Dominos, as well as through his prolific solo work, guitarist Eric Clapton has continually re-defined his own version of the blues. From the start, he caught audiences' attention with his fiery, adventurous and precise playing and has since gone on to cement himself as one of the world's best guitarists of his generation.

Winning a Grammy award for "Best Traditional Blues Album" in 2000 'Riding With The King' was the first collaborative album by Eric Clapton and the incredible B.B. King. The album was certified 2× Multi-Platinum in the United States and reached number one on Billboard's Top Blues Albums.

Riding With The King - Live
2 CD

Gimme some truth/Best of...
2 Vinyl LP