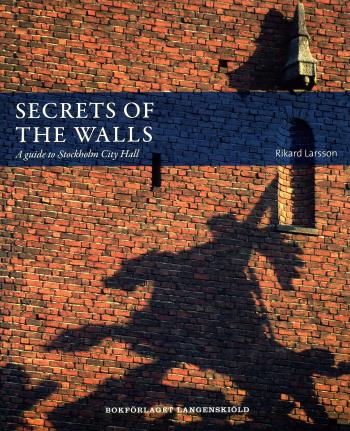 Secrets Of The Walls - A Guide To Stockholm City Hall (Bok)

Stockholm City Hall is one of the world?s better-known buildings, thanks not least to the annual Nobel Banquet. From the moment of its completion it attracted international admiration and imitation, above all perhaps in the USA and UK, but also in many other countries.

As a building, it contains an almost inexhaustible store of surprises. With the eagle eye of the stone conservator, Rikard Larsson conducts the reader round the big complex, into the courtyard and the Blue Hall, ending up in the Golden Hall. We are taken on a journey through time and space, from medieval and 16th century Sweden and the Italian Renaissance to the 1920s classicism contemporary with the building itself. We are introduced to previously undemonstrated idiosyncrasies of the architecture, and from Ragnar Östberg?s own sketches we see clearly the infinite patience and care he devoted to ostensibly casual solutions. The variations of the brickwork, which are the main ?hallmark? of the building, run through this book like a scarlet thread.

Rikard Larsson (b. 1952) studied at Konstfack (the University College of Arts, Crafts and Design) and at Göteborg (Gothenburg) University, Department of Conservation. This book is produced in association with the Department of the History of Architecture at the Istitute of Art.

Haga - The Park And The Visions
Bok

The Royal Palace Of Stockholm - Beauty And Strength
Bok