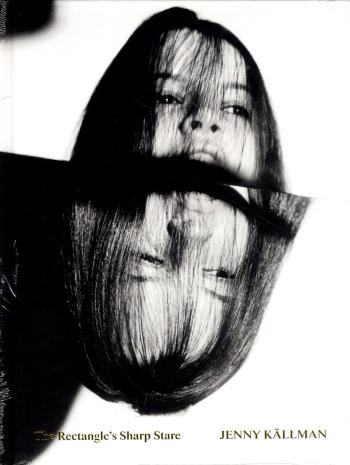 The Rectangle s Sharp Stare is Jenny Källman s (b. 1973) most recent photographic book, nominated for the prestigious Swedish Photo Book Award 2016. In the photographic series The Rectangle s Sharp Stare Källman has turned her gaze towards closed rooms such as prison cells, exploring the idea that they resemble a camera in the way that light is subjected to control and only allowed in under certain circumstances. Using this as her point of departure, she has explored the spaces from a very fundamental, immediate, and physical point of view. What emerges from the darkness? What lies in the privilege of being able to choose where you want to be? What happens to a person when their ability to act is limited to the very narrowest space, when their choices are minimized? The images carry the same atmosphere of surveillance that is prevalent in many of Källman s series a feeling of being unwillingly or unwittingly watched. By using simple means such as light, reflections, sound, rhythm and space, Källman conveys a feeling of humanity as limited, a shackled spirit whose strength and individuality have nevertheless remained intact.

The Art Of Fall Out 4
Bok