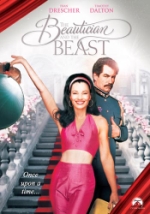 The Beautician and The Beast

Jocelyn loves her nanny more than her own mother - until the night that the nanny disappears. Jo is seven years old when it happens and never gets over the loss.

Now, thirty years later, Jo is returning to her family home with her daughter in tow - just as human remains are pulled out of the house's lake.

Then there's a knock on the door. And a woman claiming to be her nanny stands outside.

Is she who she says she is? Can she be trusted? And what really happened on that fateful night all those years ago? Sometimes the truth hurts so much you'd rather hear the lie.

The Beautician and The Beast
DVD