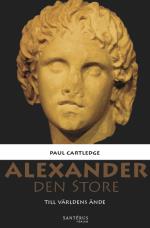 In the 1630s, France persuaded Sweden to fight on its side against the Holy Roman Emperor in the vicious, prolonged war between Protestant and Catholic states. Both countries goal was to limit the Empire s expansion, and the Swedes needed funds. Under the 1631 agreement, Sweden received French subsidies of about 400,000 Swedish riksdaler every year for five years a vast sum. This agreement was the first in a long line of deals between France and Sweden until 1796, which meant 166 years of intermittent support. In some years French subsidies amounted to a startling 20 per cent of the Swedish national budget. But how did the two countries manage to remain allies despite their abiding mutual mistrust?

The historian Svante Norrhem charts the patterns of relations between the two countries in this wide-ranging study. With his skilful command of the international archival material he examines the reasons for the pact and the mutual dependency it led to. Norrhem discusses the motives and effects of the French subsidies. What about Sweden s honour, for example? To be so dependent on another state could signal that it was less than scrupulous In the end, the collaboration also had a profound impact on the Swedish state and society, and to some extent on France politics, territory and reputation were all at stake