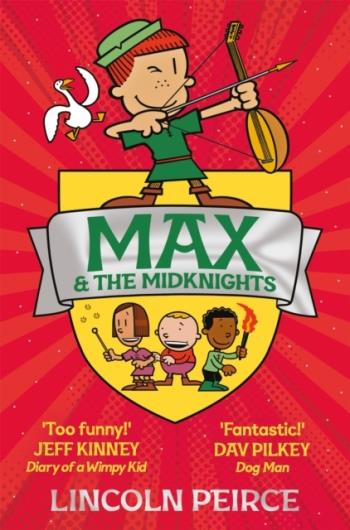 Max And The Midknights (Bok)

Need a hero? It's Max to the rescue! The first book in the laugh-out-loud series from the bestselling author of Big Nate. Magic and (mis)adventures abound in Max and the Midknights, a hilarious illustrated novel from the New York Times bestselling creator of the Big Nate series, Lincoln Peirce.

Max wants to be a knight - too bad that dream is about as likely as finding a friendly dragon. But when Max's uncle Budrick is kidnapped by the cruel King Gastley, Max has to act . . . and fast! Joined by a band of brave adventurers - the Midknights - Max sets out on a thrilling quest: to save uncle Budrick and restore the realm of Byjovia to its former glory!

Max And The Midknights- Battle Of The Bodkins
Bok

The Priory Of The Orange Tree
Bok