To Sleep In A Sea Of Stars 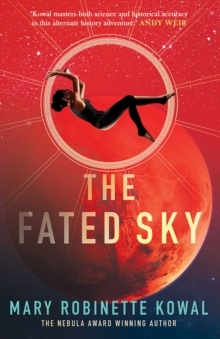 THE SECOND IN THE NEBULA AND LOCUS AWARD-WINNING SERIES One large step for humankind... It's 1961, and the Earth's gaze is turning to Mars. The Moon colony is well established, but tensions are rising on Earth-both from those who see themselves being left behind on a disaster-laden planet, and those who don't believe in equality for all.

But even with personal sacrifices and political tensions, Elma York, the Lady Astronaut, dearly wants to go on the first mission to Mars-despite everything that stands in her way. `Kowal masters both science and historical accuracy in this alternate history adventure.' - Andy Weir `The Lady Astronaut series might be set in an alternate past, but they're cutting-edge SF novels that speak volumes about the present.' -The Verge "In The Calculating Stars, Mary Robinette Kowal imagines an alternate history of spaceflight that reminds me of everything I loved about Hidden Figures." - Cady Coleman, Astronaut "This is what NASA never had, a heroine with attitude."-The Wall Street Journal

The Picasso of jazz
Vinyl LP

Those Who Have Lost The Right To Ex
CD