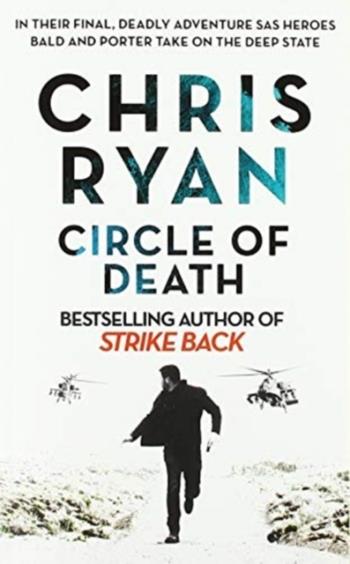 'Ryan never fails to nail the target with a well-aimed burst of rapid-fire realism.'- Crime Revie

In a world run by rich and powerful men, Julian Cantwell is more powerful than most. A ruthless political consultant, Cantwell has manipulated elections around the world, bribing opponents and blackmailing political rivals. Doing whatever it takes for his clients to win. But when a freelance journalist threatens to expose his alleged involvement in a terrifying conspiracy, Cantwell suddenly finds himself under threat. Backed into a corner, he is forced to take drastic action. Meanwhile in London, former Regiment hero John Porter and ex-SAS vagabond John Bald are drafted in by their MI6 paymasters for a highly secretive - and dangerous - mission.

A respected British academic has been arrested in chaos-stricken Venezuela. Accused of spying for the British government, she is being held captive by the President's notorious security forces. Working alongside a team of ex-Navy SEALs, Bald and Porter are tasked with infiltrating Venezuela and rescuing the academic before she caves in to her interrogators. But as they get closer to their target, Bald and Porter begin to uncover a terrifying plot. A conspiracy that goes right to the very heart of power. To survive, they must face down their deadliest enemy yet, in a desperate fight to the death. In the battle between the SAS and the Navy SEALs there can be only one winner. Will Bald and Porter prevail? Or have our heroes finally met their match?