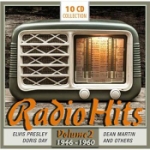 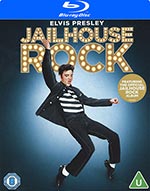 Highschool / Rock of The 50s

57 more songs are contained as bonus tracks, so nearly all chart hits of these stars until 1962 are included here.

40.000.000 Elvis fans certainly cannot be wrong - but this 10 CD collection presents Rock & Roll at its best, without a single Presley among 19 carefully selected original albums. Ricky Nelson, without a doubt a superstar of his own, is represented with 6 original LPs including hits like "Mary Lou". Paul Anka is featured with "Paul Anka Sings His Big 15" and 11 more chart successes. Certainly, there have been better singers than Fabian (Forte) - but man, his looks! They were enough to secure smashers like "Tiger" and "I´m a Man". 2 original LPs and rarities by Neil Sedaka are included as well as full lenghts by Tommy Roe ("Sheila") and Kris Jensen. Frankie Avalon, on oft he greatest in the 50s and 60s, can be rediscovered listening to his first two LPs. High school bopping Bobby Rydell had 29 chart entries and joins the party, and last but not least Ritchie Valens with his only two LP releases and timeless hits like "Donna" and "La Bamba".