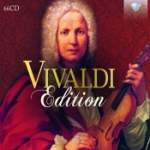 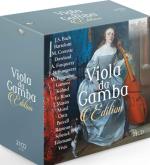 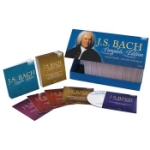 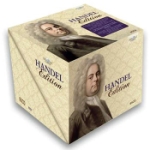 Born in 1681, Georg Philip Telemann would inevitably suffer from comparisons with one of the towering figures of western Classical music, born just four years later: Johann Sebastian Bach. Although after his death Telemann may have been constantly cast into the Leipzig composer's shadow, during his lifetime he was exalted as Bach's equal and was considered one of the greatest German composers of the early 18th century. Certainly, the size of his output compares very favourably with Bach's Telemann was also a highly productive composer, writing over 3,000 works during his lifetime (although not all have survived). Despite his popularity falling away in the 19th century, today Telemann is almost as highly regarded as he was in his own lifetime ¬- the large number of new recordings on this edition pays tribute to the flurry of interest that has grown around the composer Telemann over the past 30 years.After starting his career in Leipzig, Telemann became Kapellmeister in Sorau (now Zary in Poland), where by his own estimation he wrote over 200 overtures, imbued with the Polish and French influences of the court that surrounded him. The cornerstone of his output, many of these diverse overtures make up a large part of this disc. Telemann then moved first to Eisenach, in central Germany, followed by Frankfurt, his fame steadily increasing along with his output. Among his new compositions were church cantatas, psalms and other sacred works, as well as instrumental music he became known for his concertos in the French style, which he valued above the Italian style that was more popular at the time. It was in Frankfurt that he began to write concertos for various different instruments, many of which are to be found in this edition.In 1721, he moved to Hamburg, where - apart from extended trips abroad - he would remain for the rest of his life. At first he enjoyed a stormy relationship with the city although he was employed by the church, several officials complained that his secular works invited lasciviousness, and called for them to be banned. He was also forced to contend with publishing problems, as he fought for the right to choose his own publisher. Eventually, he threatened to leave the city for Leipzig, where he was offered the position of Kapellmeister (later taken by Bach) although he turned the post down, he used the incident to negotiate a higher salary, which he spent on more musicians to perform his works.Despite these issues, Telemann's years in Hamburg proved to be the most productive of his career. He became highly involved with the city's intellectual elite, forging relationships with many leading poets who went on to provide the texts for several of his cantatas. He also began publishing his own works, setting up agencies throughout Europe and travelling to Paris in 1737 to halt the flow of unauthorised publications. Taking influence from his surroundings, it was in Paris that he composed his highly popular Nouveaux quatuors (or Paris Quartets), a collection of six suites included in full on this release.Telemann continued to compose up to his death in 1767 many obituaries mourned his passing, but one simply stated that 'his name is his eulogy' - such was the composer's status at the time.Although scholars have attempted to categorise Telemann as a Baroque or early Classical composer, in truth he was sensitive to all styles of the time: every musical innovation of the early 18th century is represented in his works. His highly diverse oeuvre is therefore a pleasure to discover, and these recordings span the entirety of his industrious output. 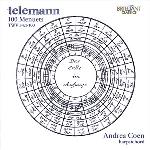 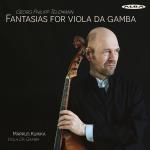 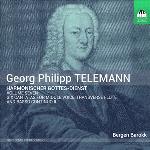 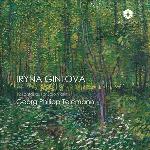 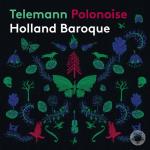 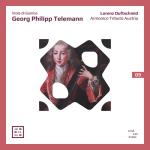 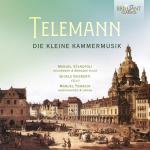 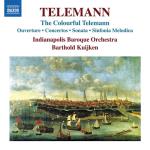 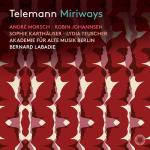 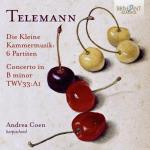 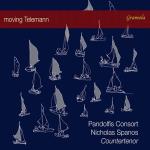