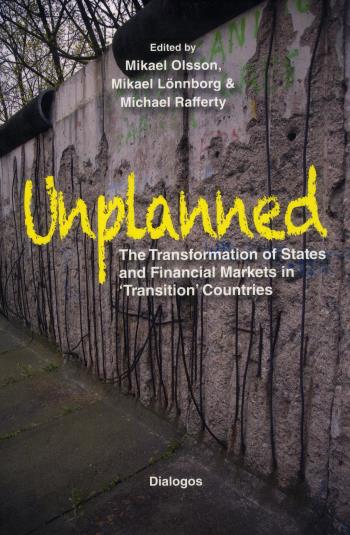 Unplanned - The Transformation Of States And Financial Markets In Transition Countries

This book provides a historically and conceptually grounded analysis of the transformation of finance and business in several countries in Central Europé and the Baltic States after the collapse of the Soviet Union.

The Fall of the Berlin Wall began a new, and unexpected period of European political and economic history. For some, this event proved the historical victory of liberal democratic capitalism over socialism. But three decades on, we now know that democratic market economies do not emerge spontaneously, and are indeed fragile in their own ways. History is not ended, but taken a new and interesting turn.

The essays in this book seek to foreground the continuities and ruptures that the experience of these transition countries has revealed. It will be of interest to economic historians, sociologists, political science scholars, financial economists, policy makers, and of course to those who have lived through the period.

Eight authors were involved in the book, but most of the material was written by Mikael Olsson (researcher at Uppsala University), Mikael Lönnborg (professor at Södertörns University) and Michael Rafferty (professor in the School of Management at RMIT University in Melbourne).
All three are also editors of this book.