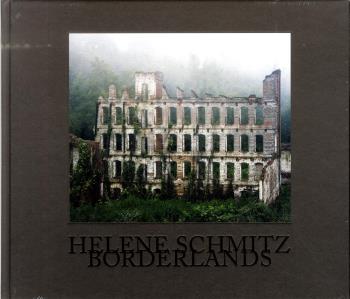 The earliest of the series presented in the book is Livingrooms. Helene Schmitz photographed her childhood home after a fire. It struck her how the familiar and well-known had been transformed into something else, for- eign and shocking in its contradictory beauty. Helene Schmitz has spent many years exploring man s relationship with nature and natural forces. In Western art the garden has often been used as a metaphor for paradise and plants are often seen as peaceful. The Kudzu, however, is quite the opposite: it is an invasive plant species from Asia which has grown completely out of control and suffocated all other vegetation in its progress through parts of the US South. In Kudzu Project she depicts how the vegetation has created some sort of twisted and mysterious landscape and how new sorts of spaces have emerged. The series Sunken Gardens was photographed in Surinam. Helene Schmitz traveled to the former Dutch colony.and this farm came to represent a miniature colonizing project. The construction of the farm was like a maze of fragile net enclosures surrounded by intrusive nature. In these spaces one loses all sense of who has the power. The series Earthworks was photographed in Namibia and in the early twentieth century, diamonds were discovered along the rugged coast of this former German colony. Those controlling the diamond trade became extremely rich and had a small settlement built with all the necessary conveniences. In the 1950s the houses were deserted and the strong ocean wind slowly drowns the buildings in sand. The elements have left their mark over the years. The book is a co-publication between Art and Theory and Dunkers Kulturhus.

The Diary Of Lena Mukhina
Bok