Death In A Desert Land 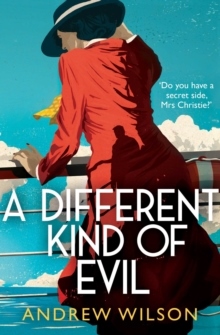 A Different Kind Of Evil (Bok)

In January 1927, Agatha Christie is on an ocean liner bound for the Canary Islands. She has been sent there by the British Secret Intelligence Service to investigate the death of an agent, whose partly mummified body has been found in a cave.

Early one morning, Agatha witnesses a woman fall from the ship into the sea. At first, nobody connects the murder of the young man on Tenerife with the suicide of a mentally unstable heiress. Yet, soon after she checks into the glamorous Taoro Hotel, Agatha uncovers a series of dark secrets . . .

'The queen of crime is the central character in this audacious mystery, which reinvents the story of her mysterious disappearance with thrilling results' GUARDIAN.

Death In A Desert Land
Bok

I Saw Him Die
Bok