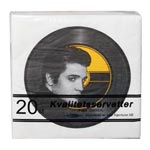 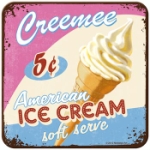 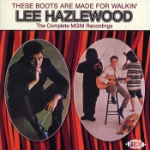 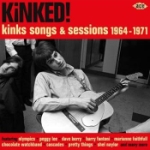 
Ray Davies is one of the greatest songwriting talents that Britain has ever produced. From his earliest days with the Kinks he was tremendously prolific. His wry take on the British way of life was matched by uncanny melodic and commercial sensibilities, resulting in a body of work that remains unsurpassed. From 'You Really Got Me' on, the Kinks' popularity and influence across the globe has been huge, ably demonstrated by the many covers of Davies songs. <br/><br/>"Kinked! Kinks Songs & Sessions 1964-1971" is an alternative celebration of the Kinks' first decade, via the songs that "got away", when a surfeit of strong material was shopped by Davies' then-publisher and management, both in the UK and overseas. These tunes include several signature items never officially recorded by the Kinks: 'I Go To Sleep', 'This Strange Effect', 'All Night Stand'; or released well in advance of the Kinks' own versions. <br/><br/>The range of interpreters is wide, from pop-jazz chanteuse Peggy Lee and teen idol Bobby Rydell to Brit-girls the Orchids and Goldie & The Gingerbreads, UK mainstays Herman's Hermits and the Pretty Things, sessioneer Nicky Hopkins, satirist Barry Fantoni, US garage punk avatars the Chocolate Watchband and R&B veterans the Olympics. Several cuts are previously unissued alternate versions / mixes or recent vault discoveries. <br/><br/>"Kinked!" also gathers together tracks which feature some or all of the Kinks as accompaniment, such as the obscure 'King Of The Whole Wide World'. And as writer, Kinks guitar-slinger extraordinaire Dave Davies contributes one track, the rare beat pounder 'One Fine Day'. Detailed liner notes provide a background to the artists and how they acquired the songs. <br/><br/>"Kinked!" is a lovingly-compiled, great-sounding and long overdue definitive collection that is bound to satisfy the casual Kinks aficionado as much as the hardcore fan. <br/><br/>Compilation and notes by Alec Palao.<br/><br/>1. KING OF THE WHOLE WIDE WORLD - Leapy Lee 2. I BET YOU WON'T STAY - The Cascades 3. LOOK FOR ME BABY - Goldie & The Gingerbreads (prev. unissued) 4. I GO TO SLEEP - Peggy Lee 5. THIS STRANGE EFFECT - Dave Berry 6. ALL NIGHT STAND - The Thoughts 7. SO MYSTIFYING - The Olympics (prev. unissued) 8. UN JEUNE HOMME BIEN - Petula Clark 9. ONE FINE DAY - Shel Naylor 10. OH WHAT A DAY IT'S GONNA BE - Mo & Steve 11. LITTLE MAN IN A LITTLE BOX - Barry Fantoni 12. A HOUSE IN THE COUNTRY - The Pretty Things 13. WHEN I SEE THAT GIRL OF MINE - Bobby Rydell 14. NOBODY'S FOOL - Cold Turkey 15. ACT NICE AND GENTLE - Duster Bennett 16. I'VE GOT THAT FEELING - The Orchids 17. EMPTINESS - The Honeycombs 18. ROSIE WON'T YOU PLEASE COME HOME - Marianne Faithfull 19. I'M NOT LIKE EVERYBODY ELSE - The Chocolate Watchband 20. WHO'LL BE THE NEXT IN LINE - The Knack 21. DANDY - Herman's Hermits 22. THE VIRGIN SOLDIER'S MARCH - The John Schroeder Orchestra 23. A LITTLE BIT OF SUNLIGHT - The Majority 24. BIG BLACK SMOKE - Mick & Malcolm 25. MISTER PLEASANT - Nicky Hopkins & His Whistling Piano 26. END OF THE SEASON - The Uglys 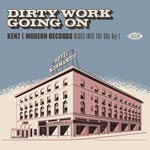 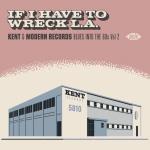 If I Have To Wreck L.A. / Kent & Modern Records 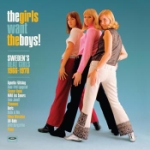 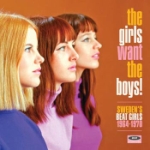 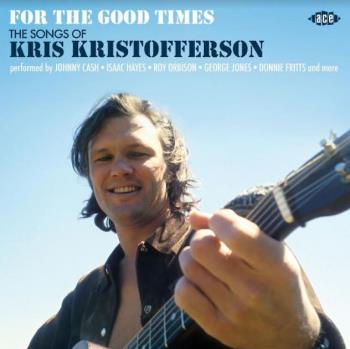