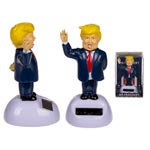 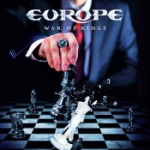 Swedish rock legends Europe will release their 10th album, "War of Kings", in March 2015 on UDR Records. Recorded at the brand new PanGaia Studios in Stockholm, Sweden, produced by Dave Cobb (Rival Sons) and engineered by John Netti, War of Kings sees the classic rocking quintet confidently creating 11 monsterously melodic, yet hard-hitting, classic rock'n'roll standouts for their fervent global audience. War of Kings will be available in multiple formats, as a CD digipak, a CD jewel case, a vinyl LP and in digital download format. The album will be released in the UK on March 2nd, Japan on March 4th (via JVC), the EU on March 6th and the US on March 10th.<br/><br/>Joey Tempest: "War Of Kings is the album we always wanted to make, ever since we were kids listening to bands like Zeppelin, Purple and Sabbath.<br/>And after hearing Dave Cobb amazing production for Rival Sons we simply had to work with him. Our adventure is still ON!"<br/>Europe's place as a legendary classic rock band was platinum-stamped early in their career, having enjoyed an explosive period of worldwide success in the '80s, under-pinned by their hit album and single The Final Countdown, before going on hiatus between 1992 and 2003. They re-united and quickly settled into a period of re-establishment which has seen them re-enforce their reputation worldwide as one of the premier purveyors of blues-tinged classic rock with an edge and some kick. Their last album, 2012's Bag of Bones, saw Europe hit the UK top 40 rock album charts and debut at #2 on the Swedish national charts, and War of Kings is set to take full advantage of the global groundwork Europe have put in over the last few years.<br/>Joey adds "Hey! We took the long road! but we wanted to re-establish Europe the proper way. It's taken 10 years and countless tours since the re-union, but we're finally getting there! And we've done it our way!"<br/>Europe will commence their roadwork supporting War of Kings with a UK/Ireland tour in Dublin on March 2nd (their first visit to Ireland in 25 years) before continuing in the UK with Black Star Riders.<br/>Joey - "Looking forward to 'tons' of touring in 2015!<br/>It's getting harder and harder to be modest and humble about this band! It doesn't get much better than this!"<br/><br/>Europe are:<br/>Joey Tempest - lead vocals, acoustic & rhythm guitar, keyboards<br/>John Norum - lead & rhythm guitars, backing vocals<br/>John Leven - bass, backing vocals<br/>Mic Michaeli - keyboards, piano, backing vocals, rhythm guitar<br/>Ian Haugland - drums, percussion, backing vocals 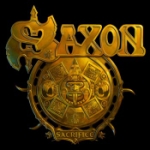 With a storming new stomp in their boots and a renewed, lithe swagger to their legendary sound, Saxon will release "Sacrifice", in February 2013 through UDR. Taking a sharper, re-invigorated approach to the production, on this, their 20th album, Saxon have produced 10 of their strongest, heaviest and most inspired songs for many-a-year, and a more than worthy successor to their last album "A Call To Arms".<br/><br/>"Less tricks, more power!" roars frontman and founding father Biff Byford, "my brief to the band was to be raw, be real and not be afraid to look back at the old classic material for inspiration."<br/><br/>The album was recorded at LS Studios in Yorkshire and was produced by Byford with Andy Sneap mixing and engineering by Jacky Lehmann. It fairly bristles with muscular metallic intent, Paul Quinn's and Doug Scarratt's guitar work the best it's ever been, while Biff's vocals sound fresher and livelier. The songwriting too harks back to a classic era in Saxon's history, with the likes of 'Warriors Of The Road', 'Wheels Of Terror' and 'Stand Up And Fight' evoking the halcyon days of yore with a contemporary twist, the classic Saxon sound absorbing the snarl, ferocity and attitude of contemporary bands (and fans) such as Megadeth, as evidenced by the crunching title cut 'Sacrifice'.<br/><br/>"It's certainly been done from a more early '80s thrashier perspective," explains Biff, "and it's not just guitars bashing away willy-nilly, they've got a fresh drive, purpose and perspective."<br/><br/>Besides the new material, Saxon will also be adding some unique recordings of revisited classic to certain formats of the release, also produced by Byford and mastered by Andy Sneap, including an orchestrated version of 'Crusader' and an acoustic version of 'Frozen Rainbow'.<br/><br/>"From the songs to the production, I wanted to focus on the raw aspects which made us great in the first place," concludes Biff, "And living in that rawness, combined with some great classic Saxon-songwriting, has in my opinion made Saxon fresher than ever." 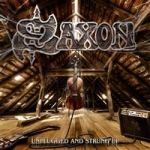 The British heavy metal legends produce a series of alternative takes on classic favourites to herald a worthy new entry to the Saxonian Institute of Metal. There is always feral beauty in a raging beast and with Unplugged and Strung Up, Saxon's selection of unique, fresh and adventurous interpretations of material previously heard only with raw heavy metal thunder, the point is triumphantly underscored. <br/><br/>Unplugged and Strung Up reveals layers and pieces previously dormant in many of the 14 classic Saxon songs chosen for this makeover, thanks to some ear-catching new arrangements and mixes. Recorded, mixed and mastered with Andy Sneap in Derbyshire, UK earlier this year, Biff and co re-evaluated, re-worked and re-energized the towering likes of "The Eagle Has Landed" and "Crusader" by introducing orchestral dynamics to offer added dimension. "Frozen Rainbow" from the band's 1979 debut, gets a stunning acoustic reprisal which transports it into a power ballad to be proud of, whilst "Red Star Falling" soars and sweeps the emotions with its orchestrally-arranged dovetail.<br/><br/>As if this reinvention wasn't enough, Saxon superfans and collectors can purchase a version of the release which will include 2002's storming set of full-volume, pedal-to-the-metal re-recorded hits Heavy Metal Thunder. Featuring staple Saxon stormers such as "Motorcycle Man", "Strong Arm of the Law" and "Dallas 1pm" it is a quintessential part of any collection. 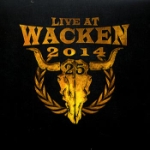 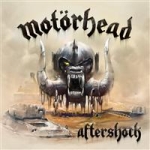 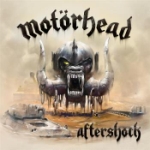 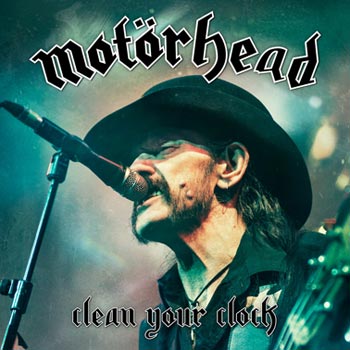 Motörhead, Kings of the Road for over förty years, are immortalized one more time in Clean Your Clock, the superb live album recorded at The Zenith in Munich, Germany during the Winter 2015 Bad Magic...