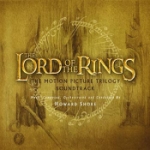 Soundtrack
Lord of the rings 3 CD 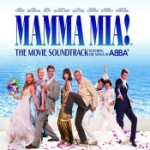 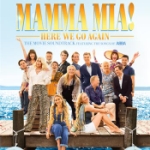 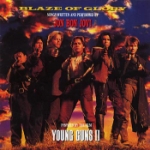 Yellowstone is the brand new American drama television series about the Dutton family, led by John Dutton, who controls the largest contiguous ranch in the United States. Brian Tyler composed the soundtrack to the series. Brian Tyler shows and explores his more sensitive side and this particular score is far away from his usual bombastic action material. It's with scores like "Yellowstone" that Brian Tyler proves, time after time, that he has the talent and craft to be amongst the greatest ever; it's his incredible range and his ability to sometimes channel that immense talent and magic to the maximum.<br/><br/>Yellowstone composer Brian Tyler, who once worked and performed in a Native American musical group, said he worked hard to blend his knowledge of traditional Native American music with the melting pot of western cultures in his score. "What I ended up doing was finding ways to incorporate some of the percussion, some of the woodwinds, some of the instrumentation and weave it into things like cellos, basses, cimbaloms and all these exotic instruments," Tyler said.<br/><br/>180 GRAM AUDIOPHILE VINYL<br/>GATEFOLD SLEEVE<br/>PVC PROTECTIVE SLEEVE<br/>INCLUDES INSERT<br/>2018 SERIES STARRING A.O. KEVIN COSTNER, WES BENTLEY,<br/>KELLY REILLY & LUKE GRIMES<br/>SCORE BY MULTIPLE AWARD WINNING COMPOSER BRIAN TYLER<br/>500 NUMBERED COPIES ON SOLID YELLOW VINYL<br/><br/>COLOURED VINYL<br/>GATEFOLD SLEEVE<br/>HIGH QUALITY<br/>INSERT 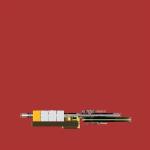 Man of Steel is the soundtrack to the film of the same name composed by Hans Zimmer. While popular among fans, the score was polarizing among critics. Popular reception to the score was positive and the album rose to #4 on iTunes during the first week of its release and opened at number 9 on the Billboard 200. Hans Zimmer has crafted an entirely new set of themes for Man of Steel, which is grittier and darker than any of its predecessor.<br/><br/>This is a very special edition, containing a 4-page insert and exclusive fridge magnet. The gatefold sleeve got a silver-spot varnish on the Superman logo on the front cover. Available as a limited edition of 2000 individually numbered copies on translucent red vinyl!<br/><br/>180 GRAM AUDIOPHILE VINYL / PVC PROTECTIVE SLEEVE<br/>DELUXE GATEFOLD SLEEVE WITH SILVER-SPOT VARNISH ON THE<br/>SUPERMAN LOGO ON THE FRONT COVER<br/>INCLUDES 4-PAGE INSERT AND EXCLUSIVE FRIDGE MAGNET<br/>MULTIPLE AWARD WINNING 2013 SUPERHERO FILM BASED<br/>#9 IN THE BILLBOARD ALBUM 200 AND #4 IN ITUNES CHART<br/>SCORE BY MULTIPLE GRAMMY AWARD WINNER HANS ZIMMER<br/>2000 NUMBERED COPIES ON TRANSLUCENT RED VINYL<br/><br/>COLOURED VINYL<br/>GATEFOLD SLEEVE<br/>HIGH QUALITY<br/>INSERT