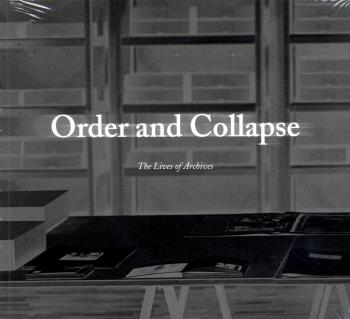 Order And Collapse - The Lives Of Archives (Bok)

The normative order and authoritarian use of conventional archives has long been criticized. This book explores the current digitally informed transformation and multiplication of archives with their increase in both accessibility and the amount of data produced, stored, and circulated. Despite improved search capabilities, documents including photographs and other images are in danger of sinking into oblivion. However, new knowledge, connotations and materialities are also emerging. The texts and artworks in Order and Collapse represent a selection of contemporary artistic and research-based approaches to existing archives, the act of collecting images and creating new archives. Negative is a series of publications that critically review and analyse the practices, histories, and aesthetics of photographic culture. Negative is a collaboration between the Hasselblad Foundation, Valand Academy at the University of Gothenburg, and Art and Theory Publishing. Earlier books in the series: Imprint: Visual Narratives in Books and Beyond, 2013 Auto: Self-Representation and Digital Photography, 2014 Broken: Environmental Photography, 2014