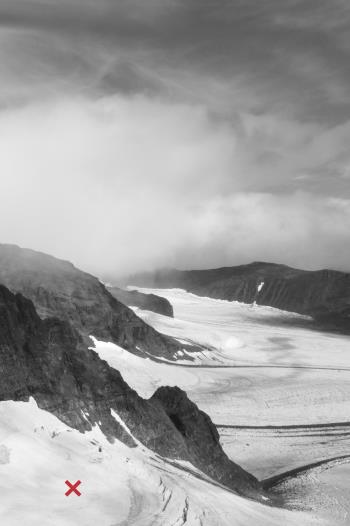 Observatören is a new photography book by Emanuel Cederqvist. The photos were taken in Sarek National Park in northern Sweden, where it is usually described as Sweden's last wilderness. On a walk beyond the beaten path, it may take days before you meet someone. At a plateau at 1830 metre altitude, just below Pårtetjåkkås peak, lies the weather station Cederqvist visited and photographed. The weather station was built by Axel Hamberg and was completed in 1914. During 1914-1918 the station was inhabited by two weather observers who performed precise measurements of the weather around the clock. In 1917, an accident occurred at the weather station in Pårtetjåkkå and one of the observers disappeared in a snowstorm. The accident remains a mystery, and the body was never recovered. Because of the site's inaccessible geographical position, the station and the abandoned measuring instruments remained untouched for over a hundred years. Humans have always tried to control and understand nature.Through this book, Cederqvist examines the gap between chance and the predictable, between the immeasurable and measurable.