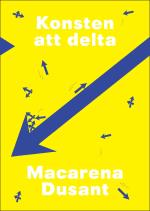 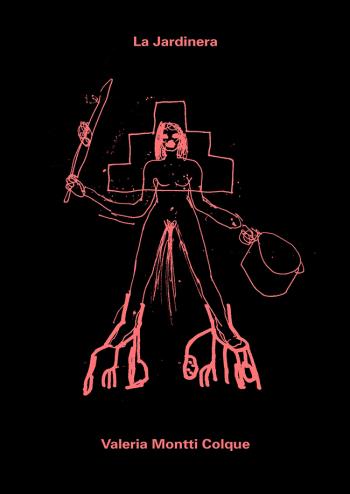 Valeria Montti Colque s vibrant work deals with issues of gender, power and transnationality. Montti Colque has a peculiar style that is both recognizable and alien. She builds up a world of her own by mixing influences from popular culture, such as hip hop and punk, with saints, devils, female icons and other mythical figures. Identity is central to Valeria Montti Colque s work. She explores identities with the help of characters that sym- bolize strength, love, grief, trauma and gender power structures. The Jokerita is a female Joker, an outsider that can be both dangerous and a jester. The Mountain is an- other character that represents different entities depend- ing on the context. The mountain itself is alive. It provides man with material and protection in the form of caves. The Menstruation mountain is sacred and symbolizes the eternal life cycle. Both the mountain and menstruation are essential to humans, but their powers have been relegated to oblivion or ignorance today. Valeria Montti Colque s work is about finding oneself as an individual in an increasingly mobile and global time. Valeria Montti Colque has shown her work nationally and internationally. She has received several artist s grants and she has participated in a large number of performanc- es, public artworks and workshops. Montti Colque has been represented at the office of the Swedish Minister of Culture. She raises questions about gender and ethnicity, national borders, life and death, and the perpetuation of heritage and traditions. Some of it I can recognise in myself. How can anyone deal with a multicultural legacy, and how does it affect the person I am today, the things we do together, building the society of today? says Sweden s Minister of Culture Alice Bah Kuhnke on the subject of Valeria Montti Colque s art in Sweden s biggest daily newspaper Dagens Nyheter.

The call of the wild
DVD