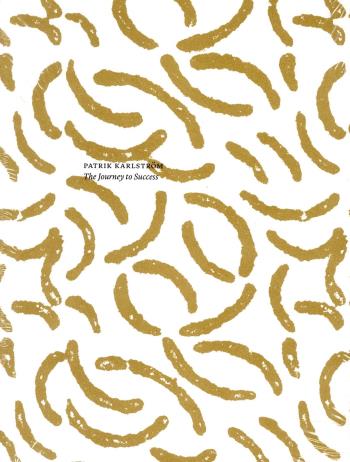 Patrik Karlström investigates the politics of representation and when he replaces art historical language with the language of economics there is a noticeable shift in meaning. Over the years, Karlström has consistently shown the viewer that no shape or image is neutral, neither in art nor in society as a whole. In his most recent project Swiss Alps, Karlström has photographically documented the peaks of this famous range. With his camera he has made vertical panoramas of the majestic mountains, from up on the highest summit all the way down to the valley. The project is an exploration of how sublime nature can be used as a symbol for and visual communication of the world economy. As a country Switzerland represents the banking sphere at its most stable and it could be seen as the epicenter of the financial world with the World Economic Forum naturally located in Davos. Mountains are often symbols of strength and stability, power and hierarchy. With his photographs of sublime and massive mountain ranges, Karlström lays bare the rhetoric of power and influence. The book also includes Karlström s almost three-decades-long investigation of the esthetics of economic power with series such as Boardrooms, The Targets, The Challengers, and Long Winding Roads. The book includes an essay by Lars O. Ericsson, associate professor in philosophy, Department of Philosophy, Stockholm university. This is a co-publication between Art and Theory Publishing and Björkholmen Gallery, Stockholm.

Cat Was Clean! Mod Side Of Jazz
2 Vinyl LP