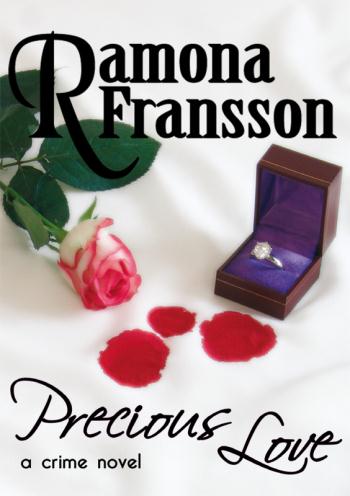 During a break-in at the luxurious home of Kenneth and Viola Svalborg, someone has neatly sliced valuable paintings from their frames. Also missing is the neighbors beautiful 15 year old daughter, Elina Gullberg, who was babysitting for the Svalborgs two sons. Did she follow the thieves of her own accord? Was she involved with the break-in? Her parents, Daniel and Miriam Gullberg, are sick with worry. Chief Inspector Greger Thulin is called in and senses tension between the two families.

Kenneth Svalborg wants to divorce his wife, the mother of their two children. Viola suspects he has met another woman, which Kenneth flatly denies. A month after the break-in at Svalborgs, a young woman is found naked in the woods, beaten to death. Shortly thereafter, the body of a young man is found in the Mölndal River, shot to death. Greger Thulin and Crime Scene Investigator Charlotte Engman start to see a pattern. Is there some connection between the victims and the two families?

Precious Love is the popular Swedish author Ramona Fransson's first in a series of detective novels with Chief Inspector Greger Thulin. There are seven in the series so far.