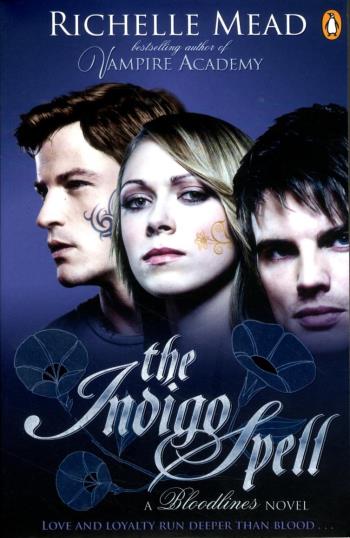 Bloodlines: The Indigo Spell is the heart-stopping third book in the bestselling Bloodlines series by Richelle Mead, set in the world of the soon-to-be global movie sensation, Vampire Academy. A thrilling world of magic, alchemy, vampires and true love awaits...Sydney Sage she protects vampire secrets - and human lives. An Ancient Magic. A Heart-Wrenching Decision...In the aftermath of a forbidden moment that rocked Sydney to her core, she is struggling to decide between following her Alchemist teachings - or her heart. Then she meets alluring, rebellious Marcus Finch, a former Alchemist who is now on the run. As Marcus pushes her to rebel, Sydney finds that breaking free is harder than she thought. There is an old and mysterious magic rooted deeply within her. And as Sydney searches for the person attacking powerful young witches, she realizes that she must embrace her magical blood - or else she will be next. Praise for Richelle Mead: "Exciting, empowering and un-put-downable." (MTV's Hollywood Crush). "We're suckers for it!". (Entertainment Weekly).