Love Me Do & The Birth Of The Beat 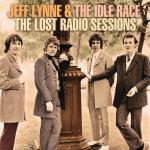 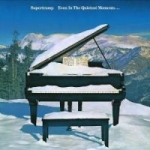 On August 22nd 1962, The Beatles were filmed by Granada Television performing the song Some Other Guy on the stage of the Cavern Club in Liverpool. This would have been their first appearance on television but the film was rejected by the executives at Granada and was never broadcast at the time. Fortunately, the film was not destroyed and today it stands as the only film of The Fab Four at the Cavern where it all began. But was it really where it all began? In The Beatles Film & TV Chronicle, the authors answer that question and many more. This thoroughly detailed and meticulously researched volume attempts to set the record straight about exactly what footage of The Beatles still exists in the numerous film archives around the world. The book is the result of more than 10 years of research, including countless hours spent studying the footage some of which was undated and untitled in an attempt to catalogue each and every minute in chronological order. The Beatles Film & TV Chronicle details every second of moving pictures that is known to have survived through the years. Television shows, concerts, promos, feature film projects, documentaries, newsreels, private footage, avant-garde films every single frame of film is covered in this book! The chronicle kicks off with a bang, as the first entry details a previously undocumented colour film of The Beatles on stage in Hamburg in 1961. Then the journey continues through the bands early appearances on television in Britain, their conquest of America and the world, on to their big-screen adventures and pioneering use of promotional films, right until the end of 1970, the year of The Beatles break-up. Also included are details of many private films and home movies from archives and collections around the globe. Moreover, The Beatles Film & TV Chronicle contains a complete rundown of all UK television shows that featured an appearance of The Beatles or any of its members. This amazing book is the first to present the complete story of The Beatles on film and television, offering a fresh and unique perspective on one of the most exciting phenomena in the history of pop and rock music.