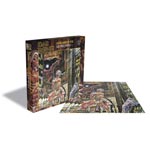 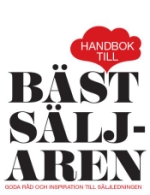 The Thinking Fan's Guide To The World Cup

The Thinking Fans Guide to the World Cup is a unique literary companion to the biggest sporting event on the planet indispensable to the reader with a passion for football and a thought and a care for everything else. With the literary appeal of Granta and McSweeneys, it is a book to set by the television for the month the World Cup lasts, and to turn to again and again when it is over. An almanac, a guide, and a programme all rolled into one, the editors Matt Weiland (Granta) and Sean Wilsey (McSweeneys) have gathered together a remarkable team of 32 talents, among them Henning Mankell and Nick Hornby, to write original pieces of reportage and memoir on the 32 qualifying nations. The book also includes everything any fan needs to follow the World Cup from opening match to the final, including results from past tournaments and statistics on the players and teams and countries themselves. OBS! BOKEN ÄR PÅ ENGELSKA! The 32 writers are: Angola by Henning Mankell / Argentina by Thomas Jones / Australia by Ben Rice / Brazil by John Lanchester / Costa Rica by Matthew Yeomans / Cote dIvoire by Paul Laity / Croatia by Courtney Brkic / Czech Republic by Tim Adams / Ecuador by Jake Silverstein / England by Nick Hornby / France by Aleksander Hemon / Germany by Michael Hofmann / Ghana by Caryl Phillips / Iran by Saïd Sayrafiezadeh / Italy by Tim Parks / Japan by Jim Frederick / Mexico by Jorge Castañeda / Netherlands by Tom Vanderbilt / Paraguay by Isabel Hilton / Poland by James Surowiecki / Portugal by Tim Adams / Saudi Arabia by Sukhdev Sandhu / Serbia and Montenegro by Geoff Dyer / South Korea by Peter Ho Davies / Spain by Robert Coover / Sweden by Eric Schlosser / Switzerland by Peter Stamm / Togo by Binyavanga Wainaina / Trinidad and Tobago by Cressida Leyshon / Tunisia by Wendell Steavenson / Ukraine by Benjamin Pauker / United States by Dave Eggers